Terry was a serial entrepreneur with all classic, foundational attributes of her station:  tenacious, risk tolerant, resilient.  She started a services company with a truly unique approach, and she was passionately committed to both the company and the sector it served. Yet, when her young company was repeatedly losing contracts and struggling to meet payroll, she was faced with the entrepreneur’s ultimate dilemma, whether to continue the business she’d fought hard to create or to throw in the towel.

The idiom “throw in the towel” is, of course, a boxing reference to when a fighter’s manager throws a towel in the ring to stop a bout and cede the match.   The phrase is almost always used as a metaphor for giving up.   However, an alternative way to conceive of this is as a manager’s way of ensuring that his fighter lives to fight another day. 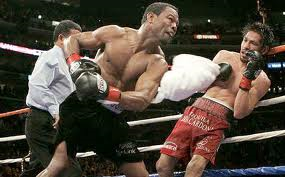 Entrepreneurs are defined by their die-hard spirit and their unrelenting, unreasonable, bordering on irrational, pursuit of market opportunities.   And they are barraged by the reinforcing proselytizing of their peers, their communities and (even blogs like this one) to “never ever give up”.    So, how does an entrepreneur challenge the accepted wisdom of peers and know when, if ever, to throw in the towel and live to fight another day?

Psychologist, Rollo May, provides a possible answer to this confounding question.   May wrote while “we must be fully committed (to our ideas), we must also be aware at the same time that we might possibly be wrong”.   May explains this apparent paradox by positing that our commitment to an idea is healthiest when “it is not without doubt, but in spite of doubt.”  In other words, it behooves entrepreneurs to be informed by their doubts and to refine their point of view based upon what they learn from them.

Most entrepreneurs (most humans actually) actively resist the examination of doubts.  The tendency, bound in fear, is to ignore them or to rage against them or to stiff arm them.  Some view the very consideration of doubts as evidence of succumbing to fear, as weakness.  Yet, the opposite is true.  The strongest position an entrepreneur can take is to interrogate their doubts, stare down their fear, and consider all possibilities.

Terry, like most start-up entrepreneurs, feared the failure of her company.  She’d plugged all of her money and that of many friends and family into it.  Her contemplation of closing the business was almost unbearable.  However, when Terry found the courage to interrogate her doubts, and examine her reality, she realized that her company was missing the expertise it needed to be credible in the new space she was creating. And it was taking too long to educate the market about her unique approach.  Only when she considered all of the information available to her without fear, did she determine that if she wanted to pursue her passion she was going to need to pick a different fight.  So, she threw in the towel.

Entrepreneurs have to be their own managers.  They have to look over their own shoulders, see their situation, including their doubts, objectively, parse out the information they hold and be informed by it.   They have to take the long view of their current situation and recognize that throwing in the towel today may let them live to fight again tomorrow.   That ceding this match doesn’t mean they’ve given up.  Just that they’ve chosen a different future fight.  Thankfully, most decisions resulting from reflecting on doubts don’t require the closing of the company, just throwing in the towel on a particular approach and a course correction to adjust.  And the same principles apply.

By the way, Terry is now getting the education and expertise she needs to do exactly what she wants and do it with more substance and credibility.   She’s pioneering a new path forward and feeling confident about what the future holds.

What are your doubts?  What information do they hold for you?  What might you be considering that you are not?  What does that mean for you?